Collaboration is a Competitive Advantage

Two Norwegian high-technology companies took a chance on a collaboration to exploit each others' competence more effectively – with good results, shows a doctoral thesis from BI. 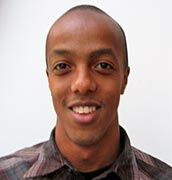 “Production costs were cut in half, better performance and shorter development time were achieved,” observes Fahad Awaleh in his doctoral thesis.

The electronics industry has experienced explosive development over the past few years.  Strong market growth and increased globalisation have changed the rules of the game.

This has intensified international competition for Norwegian high-technology export companies.

They operate in a world of frequent takeovers and mergers. It has also become increasingly common to outsource all or some of production to low-cost countries.

The Key to Increased Competitiveness

“How in the world can Norwegian high-technology companies deal with increased competition from global and international actors?” asks Fahad Awaleh in his doctoral thesis from BI Norwegian School of Management.

According to Awaleh, the key to increased competitiveness is to find smarter ways to manage logistics and purchasing in the process of developing and producing new products.
These costs can represent as much as 70 to 80 per cent of total production costs.

Norwegian high-technology companies and competence organisations can achieve this by taking a fresh look at how they collaborate, both as customers and suppliers.

Fahad Awaleh has, in his doctoral thesis from BI Norwegian School of Management, conducted a study of collaboration projects between Kongsberg Defence and Communication and Kitron, which are two leading Norwegian electronics companies.

Kongsberg Defence and Communication and Kitron have, over the course of several years, collaborated on developing and producing radios and advanced communications equipment. The Kongsberg company develops new product concepts, while Kitron is responsible for production.

These two companies established a collaboration project where both were prepared for radical changes in the way they collaborated on the development and production of new products.

“Confronting well-established work methods is no joke.  It means challenging each others' competence, dropping preconceived notions about each other, and showing each other openness and trust,” emphasises Awaleh.

“The object was to exploit each others' competence in the best possible way,” says Awaleh.

The BI researcher followed the two company’s efforts to work together in new ways over a period of four years.

Awaleh shows how the two parties managed, over time, to develop a common strategy for developing their relationship and collaboration in a direction that made both companies better able to achieve both their individual and common goals.

The companies took a chance testing new collaboration routines and delegation of responsibility in a new industrialisation project, and were willing to make mistakes.
The journey toward a smarter way of working has given both companies a competitive advantage.

Together, Kongsberg Defence and Communication and Kitron are in a position to produce radios and other advanced mutations equipment with increased technological performance, better functionality, and at half the production cost. At the same time, both companies have preserved their individual goals and needs.