For 19 years, Fudan University and BI have worked together closely. This year, Fudan held a summer school for BI students for the second time in a row.

- Shanghai is a fascinating city. It has a vibrant nightlife, with skybars and jazz clubs, which stand in stark contrast to the city's many temples. Traffic is in eternal chaos and horns are beeped at random. The summer school in Shanghai which was a wonderful experience I will never forget, says Iselin Trondahl.

Iselin is a student on the Norwegian bachelor programme in auditing at BI. This summer, she took a course in Chinese politics and society for which she, along with several other Nordic students, aimed to gain an understanding of the political landscape of China.

- I had two wonderful weeks in Shanghai. The lecturers were very skilled and the cirriculum was very interesting. I've gotten rid of some prejudices, while others have been confirmed. I've learnt a lot, says Trondahl.

There was more than just traditional lectures on the curriculum. The bachelor student immersed herself into Tai Chi lessons, excursions to nearby towns, museum visits and communal dinners. The class was characterised by good diversity, which resulted in very few dull moments.

- We were 35 students from Norway, Sweden, Denmark, Finland and Iceland. All possible variations of education were present, which meant we had very different perspectives on issues. It was very interesting. In addition, all the lectures and outings were in English, and it felt good to get a bit of practice, says Trondahl.

The 31-year-old has long had international ambitions, and that my choice ended up falling on China was far from random.

- My dream is to work for one of the international audit firms, so that I can get the opportunity to work abroad. I would have loved to have spent a few years in China, but the summer school has been very rewarding for such a short time, concludes Trondahl.

Being international across several aspects of BI, and encouraging students to have global experience, is a strong focus for BI President Inge Jan Henjesand.

- Our students should be trained in an international context. Exchanges, internships and lectures in English are essential to prepare our graduates for the international job market they will eventually jump into, says Inge Jan Henjesand.

- I would like to supplement my knowledge and understanding of the Chinese economy, but given that I'm already a student, my time is somewhat limited. The summer programme in Shanghai is a perfect way to build additional skills alongside studying, says Kuitunen. 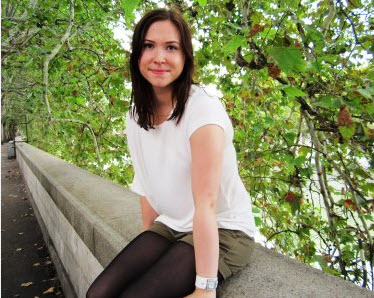 During the summer, she gained experience in both practical and academic approaches to Chinese business. The 24-year-old, who immerses herself daily into economic theories, has a lot to tell from her newfound knowledge and exciting experiences.

- We were a small and tight group of students who went to lectures, to nearby towns and on company visits together. The course was equally divided between lectures and company visits to Nordic companies operating in China. I have learnt a lot that I would not have learnt elsewhere, says Kuitunen.

Fudan Summer school is held in cooperation with the Nordic Centre in Shanghai, a network of 26 Nordic universities. The programmes are designed to give students an insight into the world's most rapidly growing economy. Fudan Summer School consists of two courses, each of which awards 5 ECTS. The courses were conducted in Shanghai during the period 26th June - July 23rd. Read more about it here.