How to Avoid Hiring Narcissistic Leaders?

They give a positive first impression, but can eventually be harmful to the organization. Master students, Marte Wold Grut and Helene Nylende Sørlie, investigated charismatic leadership, from ethical to narcissistic, in their final master thesis. 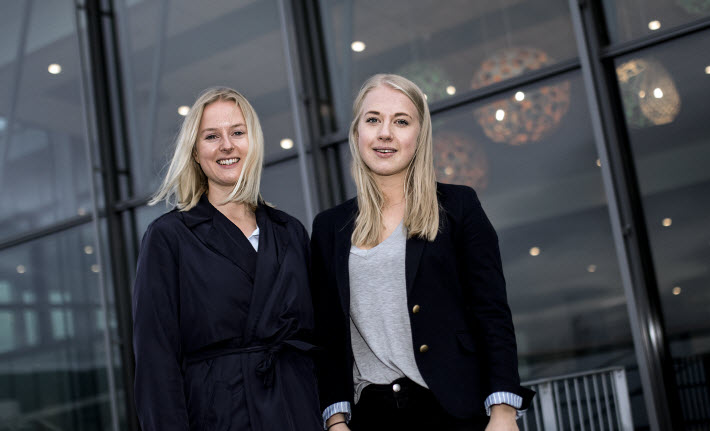 For their own gain

- The problem with personalized charismatic leaders, is that they use their traits for their own gain, and not the organization’s, says graduate in Leadership and Organizational Psychology, Helene Nylende Sørlie.

Previous research on organizational performance actually indicates that management causes as much as 50 percent of performance variation. An important question is therefore, how can one be able to distinguish between these two types of charismatic leader styles before hiring them?

- Narcissists are charismatic, which means that they are charming and give a good first impression in an interview context, but over time they will have a negative effect on the organization. By reducing the chance of hiring these people, the organization will also reduce the chance of ending up with a manipulative leader who abuses their role and takes credit for other people’s work, says Wold Grut.

- It is important work these students have done, says the supervisor and associate professor II at the Department of Leadership and Organizational Behavior, Ole I. Iversen. - Traditional interviews are poorly suited to identify this type of leaders. Those with narcissistic traits can easily impress during the interview. It is therefore important not to be blinded by charismatic leaders during the interview process. Through psychological tests and good references, the interview should uncover how these leaders behave on a daily basis.

Narcissists have "another cognitive perception" according to researchers Delroy and Williams (2002). That means they often have trouble understanding other people's emotions and how they should react to them. Narcissists are those who most often have the highest thoughts about themselves, and have the worst self-awareness, which in turn can affect a personality test.

There is already a scale that aims to measure narcissistic behavior, called Narcissistic Personality Inventory (NPI), developed by researchers Raskin and Hall in 1979. The problem with this test in an employment context is that the respondents may give false answers, which they view to be socially desirable, and it is considered unethical to use in a job interview. Nylende Sørlie and Wold Grut have therefore developed a 16-point scale to measure personalized charismatic personality traits.

- The problem with NPI is that it is based on a test that measures clinical narcissism, so it is not specifically designed for use at work, in addition to that narcissists often give desirable responses when they know what the test measures. We believe that our test measures the personal charismatic leadership, not narcissism, and it is thus easier to justify the use of such a test in the recruitment process, says Wold Grut.

- From Greek mythology, Narcissus was the man was so vain that he fell in love with his own reflection, says Nylende Sørlie.

Questions to distinguish between socialized and personalized charismatic leadership *

(* The questions must be put into a larger personality test, and should not be used independently.)