An honorary doctorate is a doctorate awarded without the person having defended a dissertation. Most often they are given to highly prominent and foreign academics. Honorary doctorate degrees can be given as recognition of vital life work, even though it is not within a doctoral degree.

We are proud to announce that the following five will be created tomorrow, 1 June: 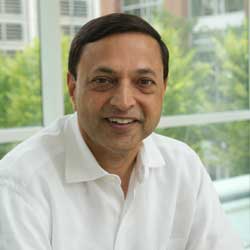 Through his research on market orientation, Ajay Kohli became one of the most acclaimed and leading professionals in marketing in the nineties. His work is also among the discipline's most cited, and he has received a number of prizes for his research. He still plays a key role in leading doctoral programmes and research programmes around the world, and has had a significant impact on many graduate students. Including at BI. Ajay Kholi is a member of BI's International Advisory Board, and is an important contributor to the marketing field at BI and the Department of Marketing and BI is very proud of his close relationship. 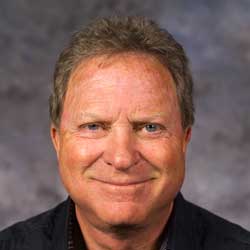 Charles Snow is one of the most significant international characters in the field of strategy. His works, which are published in top-level journals in strategy, have shaped the development of the subject, and are classics in the literature of this discipline. His recent publications in organisational design have characterised the development towards more modern and digital organisational forms. Charles Snow has a strong connection with BI, and has been an important contributor to the field of business strategy at BI. 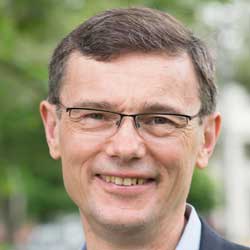 John Y. Campbell is The Morton L. and Carole S. Olshan Professor of Economics at Harvard University. Campbell gave the Ely lecture to The American Economic Association in 2016 and was president of the American Finance Association in 2005. He is the Research Associate and former director of the Asset Pricing Program at the National Bureau of Economic Research, Fellow of The Econometric Society and the American Academy of Arts and Sciences, Corresponding Fellow of the British Academy and Honorary Fellow at Corpus Christi College, Oxford. Campbell is also the founding partner of Arrowstreet Capital, LP, a Boston-based, quantitative asset management company. 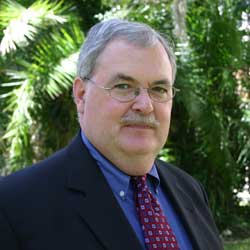 Professor W. Robert Knechel is The Frederick E. Fisher Eminent Scholar in Accounting at The University of Florida, where he is also the director of the Center for International Research in Accounting and Auditing (ICRAA). He is also Visiting Research Professor of Auditing at the University of Auckland Business School and Research Professor in Auditing at KU Leuven's Faculty of Economics and Business. His primary research areas are related to topics such as insurance, auditing, control and performance measurement. His work has been published in several leading accounting journals. Professor Knechel is also a member of The Standing Advisory Group of the Public Company Accounting Oversight Board (PCAOB, U.S.) and board member of the Foundation for Audit Research. He is deeply involved in the methodological education of young European auditing researchers through PhD courses at the Limperg Institute in the Netherlands. 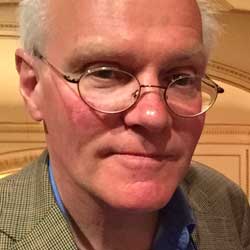 Trond Petersen is an important contributor to international fields such as sociology, industrial relations, organisational behavior and quantitative methods. He has been a professor at Berkeley University since 1988, and was previously associated with Harvard University. Peterson has an extensive list of publications in the best journals in the world in sociology.

Throughout 2018 we will appoint 7 additional people who will be honoured in different ceremonies. They are:

Internationally, Brundtland is particularly known as the leader of the Brundtland Commission, and as General Director of the World Health Organization from 1998 to 2003. In Norway, she is most known as the country's first female prime minister. Prior to her political career, she worked, among other things, in the Norwegian Directorate of Health and as an assistant general in Oslo Health Council. Brundtland holds a medical degree from the University of Oslo and a Master of Public Health from Harvard University. In 1995 Gro Harlem Brundtland, as prime minister, opened the Nordic Center at the Fudan University in Shanghai. The following year, in 1996, she opened BI's collaboration with the School of Management at Fudan University. A collaboration that today consists of an Executive MBA program ranked among the best in the world of the Financial Times.

Teresa Amabile is originally a chemist and is primarily known for her research on writing and creativity. She is now researching how everyday life in organizations can affect people and their performance. Amabile has published over 100 scientific articles and chapters in, among other things, top journals in psychology and management. She has used insights from her research in working with different groups in business, government and education.

Valarie Zeithaml is David S. Van Pelt's Family Distinguished Professor in Marketing at Kenan-Flagler Business School. Zeithml is an expert in service marketing and service quality. In the 80's, Zeithaml and her co-authors developed SERVQUAL, which is a quality management framework for services. She was called Thomson Reuters Highly Cited Researcher in the report on "The World's Most Influential Scientific Minds."

Kathleen Eisenhardt is Stanford W. Ascherman Professor and Associate Professor at Stanford Technology Ventures Program at Stanford University. Professor Eisenhardt's research focus is strategy and organization, especially in technology-based companies and high-speed industries. She has published a wealth of articles in several top-level journals in business, and has received a number of awards for various works in her research work.

Stiglitz is economist and professor at Columbia University. He is the recipient of the Nobel Memorial Prize in Economic Subjects (2001) and John Bates Clark Medal (1979). He is former vice president and chief economist at the World Bank and is former member and leader of the US Presidential Council of Economic Advisers. Stiglitz is also known for his support for Georgian public finance theory and for his critical view of the management of globalization, laissez-faire economists and international institutions such as the International Monetary Fund and the World Bank.

Pissarides is the School Professor of Economics & Political Science and Regius Professor of Economics at the London School of Economics. His research focuses on macroeconomic themes, especially labor, economic growth and economic policy. In 2010, he was awarded the Nobel Prize in Economics together with Peter A. Diamond and Dale Mortensen for their analysis of markets with theory of search freezes.

Professor Adam Grant, Wharton School of the University of Pennsylvania

Adam M. Grant is an American psychologist and author currently professor of the Wharton School of the University of Pennsylvania. He specializes in organizational psychology, and at the age of 28, he received academic tenure at age 28, making him the youngest professor to ever get a tenure at Wharton School.