It is with great sadness that we have received the message about the passing of BI’s former President Leif Frode Onarheim. The renowned business leader and politician passed away on Friday 10 September, aged 87. 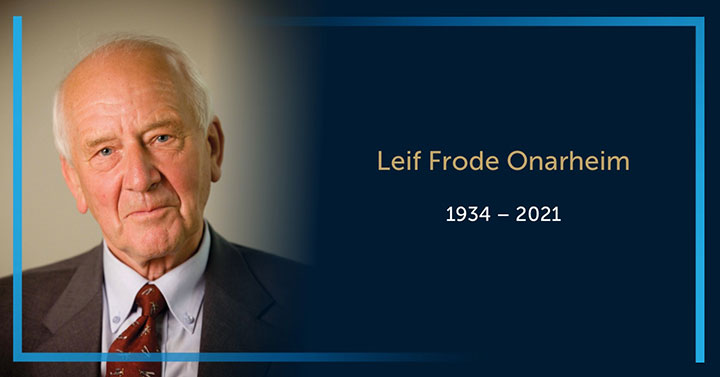 Leif Frode Onarheim became President at BI Norwegian Business School in 1993. He remains a central and very important part of BI’s history. He led the organization through a period of consolidation with focus on restructuring, systematization and financial management. After only a year and a half acting as President, BI’s financial situation was considerably improved.

Leif Frode loved the students, and the students loved him. One of the topics that concerned him was that they should learn about ethics in their studies. In 2005, he became board member of the student association in Oslo, SBIO.

During Leif Frode’s Presidency, BI’s PhD program was established and the Master of Management program was officially approved. He strengthened the school’s contact with the business community and reputation among politicians.

Leif Frode appeared as a strong leader who stood firm in turbulent circumstances. He later became President at NHO and a Member of Parliament for the Conservatives.

It is with gratitude we remember his important role as President at BI and his traces in academia, business and politics will last. Our respect and compassion go to his family.