A culture of smaller wage differences

A short distance of power is the explanation for the small wage differences between industrial workers and top executives in Norway, as shown in a BI Norwegian Business School study of salaries in 25 countries. 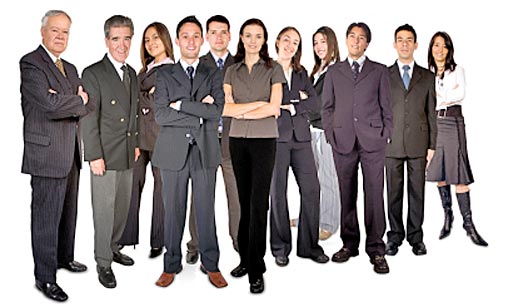 In Brazil, the wages of 57 industrial workers have to be added up to pay for one single top executive.

In Norway, the corresponding ratio is four to one. Norwegian top executives have to make do with an annual salary of one tenth of what his or her American top executive colleague earns.

The level of top executive salaries varies considerably across international borders. So does the gap between the average industrial worker's salary and the salary of a top executive.

Why does Norway come out on top on the equal pay issue in a world perspective, while areas such as South-America distinguish themselves with the widest gap on the pay scale between an industrial worker and a top executive?

Associate professor Tor Grenness at BI Norwegian Business School has conducted a study in 25 different countries, looking into  the correlation between different cultural dimensions and the top executive salaries and the salary gap (wage differential between an industrial worker and a top executive).

The findings of this study is published in the international scientific periodical Compensation & Benefits Review.

"The three cultural dimensions involving distance of power, masculinity and individualism, are seen to be particularly significant in explaining this", Grenness points out.

Distance of power and salary gap

“In countries with a smaller distance of power, extreme variations in distribution is not accepted. Accordingly, major salary gaps are not accepted here”, the BI researcher points out.

In his study, Tor Grenness finds a correlation between the cultural dimension of individualism and the level of top executive salaries.

Strongly individualistic cultures, such as for example the USA, also have the greatest acceptance of individually adjusted salaries and various types of performance-based pay. This tends to results in  high executive salaries.

This is expressed, for example, as a preference for collaboration rather than competition. This combination of individualism and a lesser degree of masculinity would, in Grenness' opinion, explain the relatively low top executive salaries.

According to Grenness, this is useful knowledge for organisations with international operations.

"Employees from different cultures have different expectations, both in terms of what the right salary should be, and the accepted wage differences.

It is important for companies to take cultural differences into consideration in developing a wage policy that promotes motivation and job satisfaction.”