The project Digitization and Diversity: Potentials and Challenges for Diversity in the Culture and Media Sector, is financed by the Research Council of Norway, KULMEDIA programme 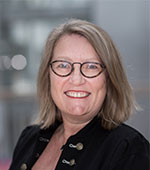 Anne-Britt Gran (Dr. Philos) holds her doctoral degree in humanities from the University of Oslo, with theatre science, history of ideas and sociology in her range of subjects. Gran has been affiliated with BI since 1999, where she has contributed to the development of the bachelor program “Arts Management”, which she directed until 2016. Gran has previously worked at the University of Oslo, NTNU and the University of Århus. In 2007 she started the analysis bureau Perduco Kultur AS, where she was partner and CEO for five years. Her research has focused on sponsorship, creative industry, aesthetisation of the economy, theatre organizing, cultural politics, digitization and digital consumption of culture. 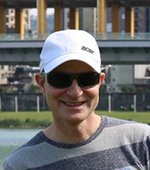 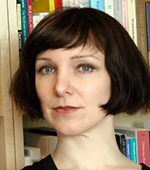 Aud Sissel Hoel is professor of media studies and visual culture in the Department of Art and Media Studies at NTNU. Her research focuses on the role of images and tools in knowledge and thinking, including photography, scientific instruments, measurement and visualisation. Hoel has published widely in the overlapping fields of visual culture, science studies and media philosophy. In the project, Hoel is co-chair of work package 2, which concerns big data, digital storytelling and digitized museums.

Nina Lager Vestberg is Professor of Visual Culture in the Department of Art and Media Studies at the Norwegian University of Science and Technology (NTNU). She was educated in the UK, studying photography and multimedia at the University of Westminster (BA Hons), and history of art at Birkbeck College, University of London (MA and PhD). Nina has published widely on photography, archives and digitality. In the project, she leads the work package on digitized museums and big data. 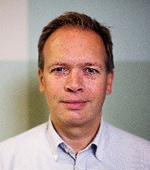 Terje Gaustad holds a PhD in Strategic Management from BI, and in his dissertation he did a transaction cost analysis of value creation and sharing in Hollywood. From 1999 to 2004 Gaustad worked as a researcher at BI’s Center for Media Economics, and from 2005 he has developed and taught bachelor and executive courses at BI. Gaustad’s research interests are primarily in the organizational and institutional economics of the media, cultural and entertainment industries. Apart from his academic work, Gaustad also has extensive experience from the international film business. 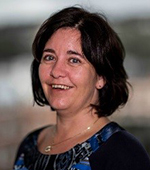 Mona Solvoll is associated professor at BI Norwegian Business School. She is educated as a media scholar from the University of Oslo, and holds a Ph.D. from BI Norwegian Business School. Her Ph.D. thesis focused on the organizational changes of NRK Sport as a public broadcaster. She has lectured at BI since 2006 in the Bachelor’s programme for PR and market communications and in journalism. Change within the media industry is her primary area of research. She will study digital business models and media diversity in this project. 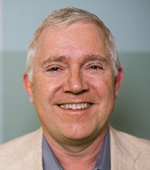 Tor Bang is a media specialist, with a Ph.D. in political rhetoric. He has been a permanent employee at BI since 1997, first as an Assistant Professor at Norges Markedshøyskole, where he was leader of the educational science team from 2001-2005. Since the colocation of BI’s colleges to Campus Nydalen, Bang has been affiliated with the Institute of Communication and Culture. He has written and edited a range of publications on marketing communication and media. Tor participates on DnDs work package on the local newspaper industry. 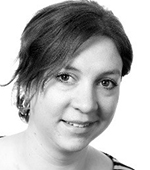 Taina Bucher is an assistant professor in Communication and IT at the University of Copenhagen, where she teaches and researchers on the social and cultural implications of digital infrastructures. Currently she is working on a book manuscript that explores the power and politics of algorithms in the contemporary media landscape. She holds a PhD in Media Studies from the University of Oslo and a Master’s in Cultural Sociology from the London School of Economics and Political Science. As part of work package 4, she will be looking at changes in news work and media production as a result of new digitization processes, focusing on the intersection between algorithms and values of diversity. 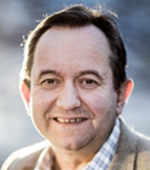 Peder Inge Furseth is educated from the University of Oslo, with a Ph.D. in sociology and organizational behavior, and two MSc degrees in Sociology and in Economics. He has been permanent employed at BI since 2000, where he lecturing for the Master of Management program in Innovation and Commercialization. He has previously worked at Norges Varehandel Høyskole from 1994-2000. His research topics are innovation strategies, services, culture, and value creation. Combining continuing education with research, workshops, and professional networks, is his specialty. He has arranged yearly seminars in Oxford, as well as in Silicon Valley, since 1999. Furseth was in charge of the NFR-financed research project “Value driven service innovation”. 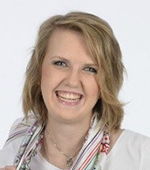 Linn-Birgit is connected to the Institute for Communication and Culture at BI, and will work on the book industry package in this project. She finished her Bachelor degree in Arts Management in 2012 with a thesis on professionalization of Norwegian music festivals, and completed Master of science in Strategic Marketing Management in 2014 with elective courses in user-driven service innovation, and New Product Development and Service Innovation. Both are taken on BI – Norwegian Business School. During her student time she was the editor of the student newspaper at BI, INSIDE AS, and participated in strategy development for the newspaper in the new digital era, and has worked as a freelance journalist for Dagens Næringsliv. 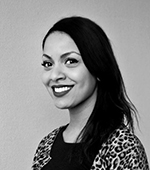 Anne Ogundipe is connected to the project’s work package 2, Museums: Big Data, digital storytelling and digitized museums. She holds a Bachelor of Arts and a Master of Aesthetical Studies, both from the University of Oslo. Anne comes from a position as an adviser at Arts Council Norway, where she first worked as an archivist and later with visual art. Her academic areas of interests are rooted in aesthetic approaches to themes within media studies and art history, and include visual and haptic experience, photographic media and media aesthetics. 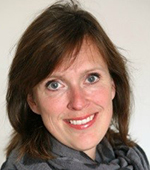 Ragnhild Kr. Olsens research is concerned with innovation and diversity of user relations in local media, and the working title of her PhD project is «Between tech and tradition - a study of innovation, local journalism and users”. Olsen is cand.polit from the University of Oslo with a master’s degree in media studies. She has a broad media business background as well as academic experience: Prior to joining the Digitization and Diversity project Ragnhild held a position as assistant professor at Oslo and Akershus University College of Applied Sciences. She has been Head of analysis in Norways leading local media company Amedia, and senior lecturer at BI, as well as teacher and researcher at the Norwegian Institute of Journalism, a media analyst and reporter. She has contributed to several books and reports on journalism and media development. 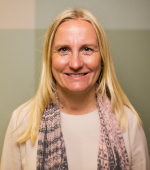 Røyseng is educated as a sociologist from the University of Oslo, with musicology as part of her curriculum. She holds a Ph.D. in Administration and Organization Theory from the University of Bergen, her thesis focusing on Arts Management and cultural policy. Since 2010 she has been lecturing at the Bachelor of Arts Management programme at BI, which she now is Associate Dean for. Røyseng has published a range of articles, reports and books within culture management, culture entrepreneurship and cultural policy. She is also Editor in Chief of the internationally peer-reviewed journal, The Nordic Journal of Cultural Policy. Røyseng participates in DnD on the work package on museums. 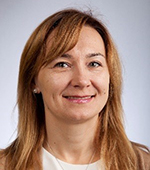 Jana Sverdljuk is researcher and curator, working with the migrant archives at Department for Scholarship and Collections, National Library of Norway. She holds her PhD from Centre for Gender Research, Department for Interdisciplinary Studies of Culture, Norwegian University of Science and Technology (NTNU). Spheres of competence are: postcolonial feminist theory, theory of intersectionality, whiteness studies and discourse analysis. She participates in the work packages 1: E-books and 2: Museums within the project. 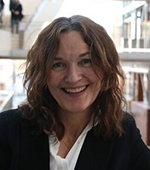 Dr. juris (PhD) Irina Eidsvold Tøien has recently completed her doctoral theses at the University of Oslo, in the field of intellectual property /copyright: "Creative, Performing Artists." Irina previously worked as legal director for the composer organization TONO, and as an attorney with intellectual property rights as her main focus area. She has also studied acting at The Academy of Theatre in Oslo (1982-85), and still occasionally works as an actor. Eidsvold Tøien is currently employed as Associate Professor at BI Norwegian Business School, where she teach in Copyright for creative industries and participates in Digitization and Diversity in the film group. 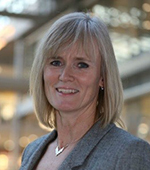 Monica Viken is Associate Professor at the Department of La at BI Norwegian Business Scholl. She has a Master in Law from University of Oslo 1995 and PhD from Copenhagen Business School 2011. Her thesis investigated Surveys as evidence in trademark- and marketing practice litigation, published at Gyldendal Akademisk. Monica Viken is Associate Dean for the Bachelor Program in Business Law og are course responsible for several legal courses at BI. She teach and research in intellectual property rights, marketing law, real estate law and contract law. She is Co-editor for Tidsskrift for forretningsjus. She is a part of the work package on film, focusing on copyright law. 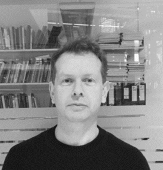 He recently disputed on his doctoral thesis from Erasmus University Rotterdam. In this project, Booth works across the sub projects in DnD, while he has a special focus on research questions related to art museums, digitization and diversity.

Alm is associate professor at the Department of Communication and Culture at BI School of Business with ethics and corporate social responsibility as research fields. He acquired his master degree form UiO in 1986 and his Ph.D. in 1997. Since 2006 he has been employed at BI Norwegian Business School.