Can IGNORANCE be a Resource?

Knowledge always has a dark side, often called ignorance. The question is: Can this ignorance be a resource for organizations?

The French philosopher and mathematician Blaise Pascal wrote that knowledge is like a sphere, the greater its volume, the larger its contact with the unknown. The more we know the less we seem to know.

Knowledge has always had a dark side, often called ignorance. Being a mere shadow, ignorance is usually ignored. We often talk about “knowledge society”, but seldom of “ignorance society”. At business schools there are plenty of courses dealing with “knowledge management” but courses on “ignorance management” are rarities.

We study epistemology the study of knowledge and of knowing but “agnotology” the study of ignorance and not knowing has usually been overlooked. Still, something is happening. In the US and Germany; a new research program is developing called “agnotology” where ignorance is basically understood as more than a “void” to be filled with more knowledge. It is not necessarily overlain or equated with such things as secrecy, stupidity, apathy, censorship, disinformation, faith or forgetfulness.

THE DARK SIDE OF KNOWLEDGE

There is an idea that a research process is always selective. This idea was originally promoted by Nobel laureate Herbert Simon, who explained that: Ignorance is a product of inattention, science cannot study all things, complexity has to be reduced, almost all (!), in fact – must be left out. A way of seeing is also a way of not seeing, a focus upon object A involves a neglect of object B. We look here rather than there, and the decision to focus on this is therefore a choice to ignore that.

Based on Simon’s idea of inattention we can take this a bit further and ask: Is science more like a progressive illumination of a well-defined box, or does darkness grow as fast as the light? If we are concerned about this dark side of knowledge, then we talk about “agnotology”.

WHAT DO WE KNOW ABOUT ‘DON’T KNOW’?

We are all familiar with “don’t know” responses to questionnaires, often called amateur ignorance. It is convenient to relate the “don’t know” category to the uneducated, uninformed section of the population, but it could be that the questions are seen as redundant, or a distraction from what the respondent regards as the central problem. Science not only resolves problems but also creates new ones such as those related to phenomena like risks, hazards, dangers, anxieties and the like – as Ulrich Beck and Anthony Giddens put it.

Thus, “don’t know” can be understood as a skeptical tone to much of what is going on in science, for instance when it comes to biotechnology, especially genetic engineering. A “don’t know” response is not merely a sign of deficit but potentially a political statement.

WHAT DO WE KNOW ABOUT THOSE WHO “SHOULD KNOW”?

What about those who formulate the questionnaires, the researchers? Often we run into what we could call professional ignorance. A short example: The Chicago sociologist Andrew Abbott published his reputable book The System of Professions in 1988. Some years later he carefully examined how researchers referred to his book when they published articles in journals.

The ISI databases for social sciences and humanities reveal 109 articles that cited Abbott’s book in 2008. Most of the articles did not cite him correctly; only 12 percent of these articles used his book centrally and correctly. 55 percent cited it unnecessarily and trivially and ten percent cited it unnecessarily and trivially – and incorrectly. Furthermore, 20 percent of the references to The System of Professions in the ISI databases got the title of the book wrong.

All of this is “professional ignorance”; references to Abbott were decorative, not substantive. Researchers borrowed the charisma of a book acknowledged to be classic, and referred to it because they ought to.

WHAT ABOUT MY “RIGHT TO IGNO- RANCE”?

We cannot know everything (cognitively), nor should we (normatively). One can speak of ignorance claims: the individual will be protected from predictive gene diagnostics under the right of not knowing about likely future diseases because that will impair his/her quality of life. In certain contexts, ignorance can be “better” than knowledge. This is a normative perspective.

CAN IGNORANCE BE A RESOURCE?

What interests us more is the cognitive aspect of ignorance, or what we might call ignorance as a resource. One should interest oneself not only in the truth-value of knowledge, but also in its range (‘Spielraum’, latitudo).

Ignorance is not just an objective state, but a relational concept. That is to say, not only knowledge about, but also from. To know something from means to have something in an attention-observing horizon. In this horizon a recognition-object is constituted as an “epistemic object” without one being able to articulate the object with complete certainty.

Again, it is not calculation and justification, but judgement and responsibility that are foregrounded. Wittgenstein’s explanations in his masterpiece On Certainty (1969) could be a guiding dimension here: We should all show greater humility about what we know, and what we suppose we know. 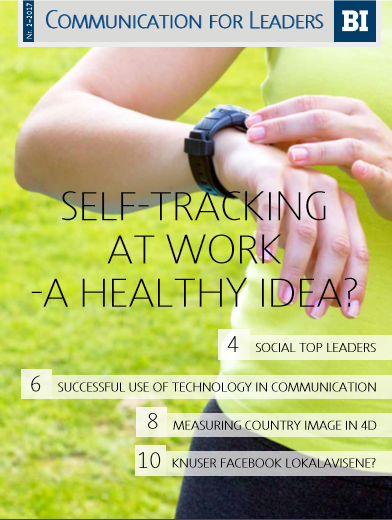