The climate crisis will lead to more social tension – what is the solution?

Climate change is moving faster than anticipated. An international team of scientists and economists is recommending five major turnarounds to create a better future.

“We are standing on a cliff edge. We can already see how inequality has made conditions more unstable for both the planet and all of us living on it,” says Jørgen Randers, one of the authors of the recently launched book Earth for All: A Survival Guide for Humanity.

If nothing is done, we will see a decline in social welfare in the decades ahead, and greater social inequality leading to an increasingly dysfunctional society. In such a world, the cooperation needed to deal with global climate changes will also become more difficult.

The big question is this: What changes will be most essential in order to create a brighter future? 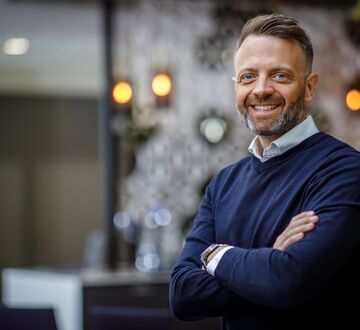 Are your ready to lead the way? Join our Executive MBA

Earth for All presents the results of a two-year research project that uses a modern system dynamics data model to simulate how the world might evolve over time.

“In our book, we describe two scenarios that begin in 1980 and end in 2100. These scenarios show how the population, economies, resource use, pollution, welfare and social tension could change this century depending on the policies we choose to adopt,” explains Per Espen Stoknes, one of the leaders of the research project, which is a collaboration between BI Norwegian Business School, the Stockholm Resilience Centre, the Potsdam Institute for Climate Impact Research and the Club of Rome.

The “Too Little, Too Late” scenario

This scenario shows what could happen if we do nothing, and simply continue the economic policies we have maintained for the last 40 years. Although the gross domestic product (GDP) will increase and people will become wealthier, inequality will also increase, along with the temperature, leading to more intense social unrest and greater conflict.

“Without action, there is a growing chance of local social collapse, local variants of the type of global environmental collapse described in The Limits to Growth, the 1972 groundbreaking study on the future by the Club of Rome,” says Randers, who co-authored the now 50-year-old study.

This scenario shows what could happen if we implement extensive turnaround operations at a rapid pace up to 2050. With these changes, we can keep the temperature rise below 2 °C (above pre-industrial levels), stabilise the world population at well under nine billion, reduce pollution, preserve more forests with biodiversity, and approach an end to extreme global poverty.

“Unless extraordinary measures are taken, we will see a lasting decline in the welfare of most people, even in wealthy countries,” says Stoknes, who is also co-author of the book Earth for All. 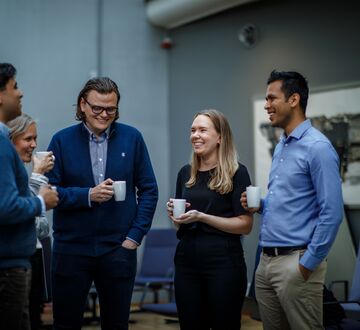 Be in the frontline for a sustainable future. Join our Executive Master of Management in Energy

To build economies that ensure the welfare of all people, while also protecting the planet, the researchers recommend a comprehensive commitment to five extraordinary turnarounds that break with current trends.

The wealthiest must pay

The good news is that we can still keep the global temperature increase below 2 °C and end poverty by 2050. But we must start now.

“Dramatic measures are needed, and the cost of restructuring must be paid by the world’s wealthiest 10 per cent, currently receiving 50 per cent of the world’s income. Effective and progressive taxation, including wealth tax, can easily provide the funds needed,” says Randers.

“With targeted efforts paid for by the wealthiest people, we can avoid a decline in social welfare over the course of the century, reduce inequality and ensure social stability,” says Stoknes, who lectures in green growth at BI Norwegian Business School.