Life in Norway – Saving the World in Dungeons & Dragons

Hi, I’m Noman. I’m a first year Master student studying Business Analytics here at BI. I’m from Pakistan. I did my undergraduate in Accounting at Finance at a local university called the Lahore University of Management Sciences.

Norway is famed for its picturesque fjords, snow-laden cities, staggeringly beautiful coastline. Also, abundance of hiking opportunities and a population that loves to stay fit. I’ve met several exchange students. They remarked that the only reason they’re in Norway is because they wanted to go hiking. Meanwhile, I found myself as a flat-footed, out-of-shape Asian, who found hiking to be painful to my poor feet. Nonetheless, there are certainly more sedentary activities you can do here than summiting the nearest mountain trail. And they’re just as fun too.

Being the fantasy-reading, video-game playing geek I was. I decided to hit up the local D&D club where groups of people met weekly. Biweekly, monthly and various other frequencies to play Table-Top Role-Playing Games (TTRPGs). Before coming to Norway, I had never played TTRPGs before. Nonetheless, I saw this as a good opportunity to have a different kind of experience. Also, meet new people, not necessarily from my own university.

In a nutshell, TTRPGs involve making up a character and their backstory. By then pretending to be them for the duration of the session(s). A lot of the things such as bartering with shopkeepers. Or stabbing evil dragons with the pointy end of a sword. Come down to rolling some dice and hoping that your luck is better than your opponent’s stats. There’s a lot of strategy, ingenuity, artistry and, surprisingly, statistics that go into making a TTRPG. However, the biggest thing that creates a fun evening vs a dour one is the people you play with. I was lucky enough to be included in a rather diverse, but excellent group of people. Who acted in ways that were both hilarious yet ingenious. My D&D group has several nationalities; you could call us worldwide. There’s two Norwegians, a Belgian, a Frenchman, a German and of course myself from Pakistan. 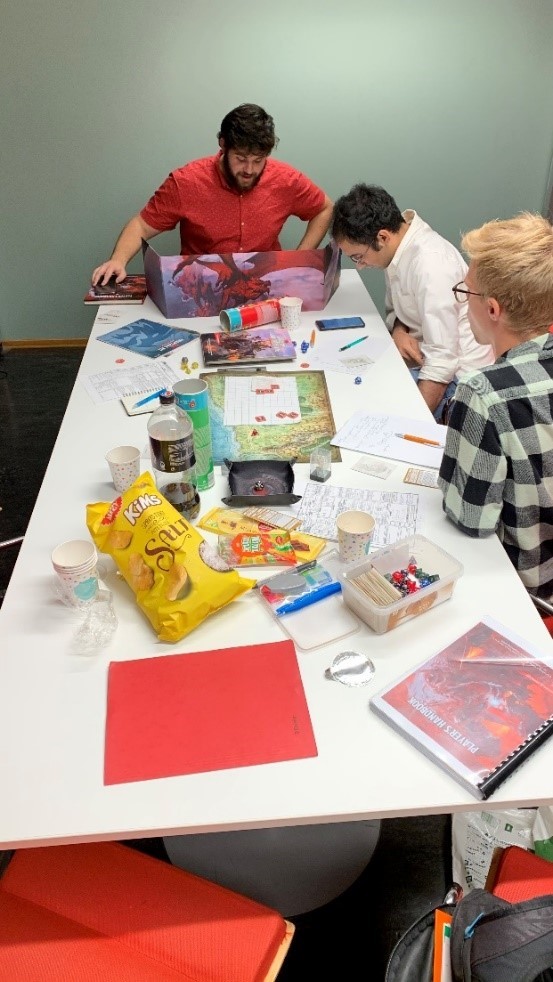 We meet up most Thursday evenings (or whenever convenient). Usually at the Chateau-Neuf which is a repurposed warehouse place where students can book meeting rooms for free. There’s also a bar there if that strikes your fancy. Our time is spent munching on snacks, coming up with ridiculous ways to defeat some goblins. Like singing them a lullaby and laughing our heads off at the absurdity of a character. Who is gullible enough to believe in talking squirrels and in taking their advice. At the same time, games can also become rather deep and complex. Moral quandaries pop up and I am left wondering what my character would do. Also, what I would do in the real world. Do you kill someone who in the past has been villainous but has now reformed? Do you let three people die but save the village for the greater good? Our characters have complex backstories. They carry emotional baggage and act in ways that are both absurd yet all too believable. The sessions are as light or heavy (emotionally-speaking) as we want them to be.
Despite the fact that I was inexperienced in the game. I was welcomed with open arms and I learnt to look forward to our weekly session. As a welcome reprieve from the struggles of university. I loved the game so much. I spent quite a bit of money on getting myself a new pair of metallic dice. Which are now my lucky dice for the sessions. 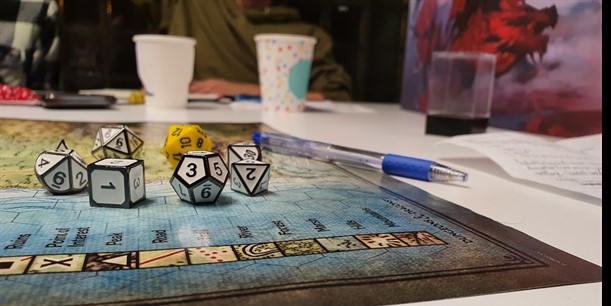 My set of lucky dice

When I was coming to Norway, I was warned of the infamous Nordic coldness. Also, the difficulty I would have in developing any sort of social circle. Honestly, I was briefly tempted to go to an anglophone country. Where my command of the local language was more than adequate. On the flight here. I wondered what kind of effort I would have to put in to actually make my time outside of university. Turns out, all I had to do was roll a pair of dice.

An Aussie in Norway

Norway and Australia – polar opposites, right? Correct! But let me tell you, it is an experience wor...
Life in Norway

Forget everything you’ve heard about Norway and start from scratch

Are you wondering how it is to live among the awfully rich blonde Vikings in the ever cold and dark ...
Life in Norway

Culture Shock in My 3rd Home

I lived in the capital of Indonesia for around 18 years. I used to live in a small city in Southern ...
Life in Norway

Norway: Expectations vs Reality. My own experience

My name is Ilia and I’m in my first year of my bachelor’s degree in the Business Analytics program. ...