THE SECRET LIFE OF NORWEGIANS: A MEMOIR

Norwegians are very private. Being the chatty, extrovert American that I am. I often find myself wondering if I’ve overshared or why I have friends that I’ve known for a while. Also, only just found out a glaring detail about their life.

This is part two of Aslan's journey. Read part one here.

Picture this: I’ve just finished my workout at Hollywood-based Barry’s Bootcamp in the financial district of Oslo. Endorphins are high as I head into the locker rooms to get dressed for a dinner in the city. I open the door and hear crickets. The locker rooms are silent. I try to make small talk about the great workout we’ve just had or how dead I feel. People avert their eyes and pretend not to hear me. This is Norwegians in their natural habitat. I am a lost, overly-friendly, American dog, putting my wet nose where it isn’t welcome.

Before moving to Norway. My boyfriend gave me a book called the “Social Guidebook to Norway.” Upon perusing its pages, I read that Norwegians don’t talk on the bus or to strangers at all. They make friends only via organized activities like clubs or an arranged outing to a bowling alley. Was this true, or just an overly exaggerated stereotype? It’s true – mostly.

Norwegians are very private. Being the chatty, extrovert American that I am. I often find myself wondering if I’ve overshared or why I have friends that I’ve known for a while. Also, only just found out a glaring detail about their life. The truth is, Norwegians are happy to share with you. But Americans expect to be told a lot of information without having to ask for it. Pro tip: Ask. 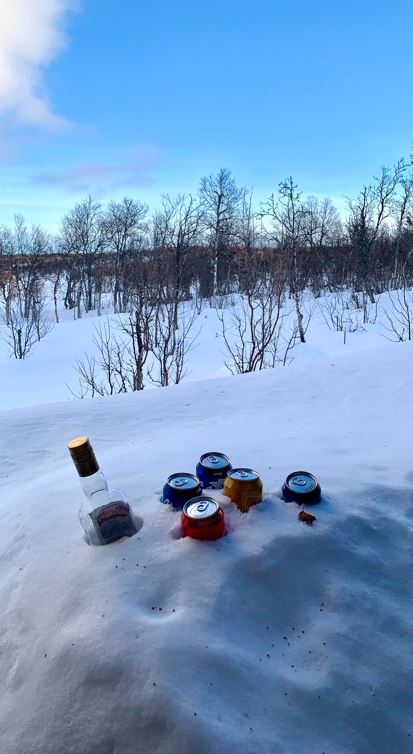 Further, Norwegians do love organized gatherings! But it’s not a bad a thing. It’s a great thing. Americans love generally love to host. Norwegians love to be invited. Organized events like game or quiz nights. As well as plans to go to one of Oslo’s many themed-bars. Like Oslo Camping (bar with indoor mini golf) or Tilt (an arcade bar) go over really well. It helps you make friends and explore the city. Although the cultural differences may be frightening or overwhelming at first. Like my first time in a Norwegian locker room. They’re not bad at all once you learn how to maneuver the social scene. The best part? Once you do break into the Norwegian circle. You’ll have loyal, honest friends for life.

Let me rephrase: 1190 Fjords. I spend all my time at just one. Hvervenbukta is possibly the place that truly sold me on moving to Norway. It was one of the warmest summers Norway had experienced in years. I was visiting my boyfriend in Oslo for the first time. He spent his days working. I spent mine taking the bus from Jernbanetorget to Hvervenbukta to enjoy the sun. Pristine waters, and delicious focaccia sandwiches and an ice cream on a stick. Two years later, it is still my favorite place in Norway. 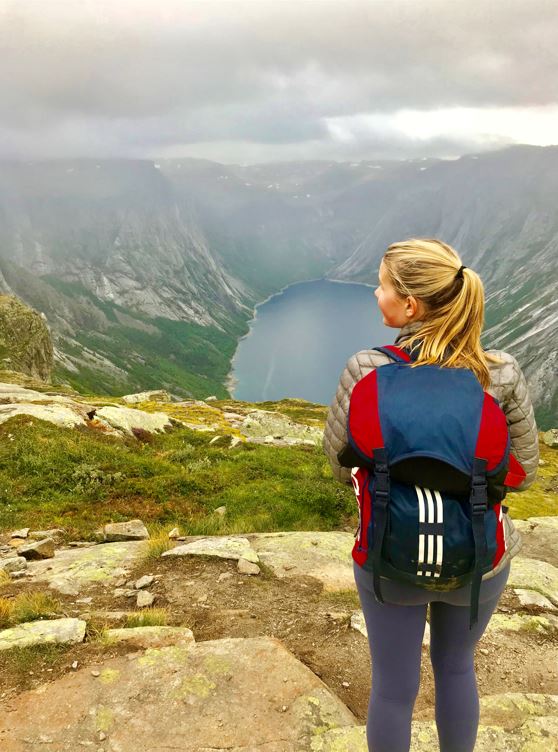 Norway has so much more to offer than just valuable, affordable educations. In fact, I would hazard to say that the chance to explore Norway’s beautiful landscapes. That is many students’ final push to committing to studying here. So far, I’ve traveled to Bergen (because I just love walking around cities in the rain!!). I’ve hiked Trolltunga, camping half way up along the side of a mountain. Enjoying the beautiful views of the water below. I’ve visited the gardens of Rosendal and danced in unheated cabins with 80-year-old grandparents in Matre. I’ve skied in Geilo and hiked in Oppdal. Even strolled around Trondheim. And with all of that under my belt. There is still so much more to see. Next on my list is swimming with Orcas in Tromsø.

Despite Norway’s high cost of livings, traveling around the country is totally affordable. Especially compared to traveling around the US. Norwegian Airlines and SAS offer reduced fares for people under the age of 26. The trains offer student pricing. Further, Norway has cabins strewn all over of the country side. Many of which are especially made for large groups of people. Splitting the costs of cabin trips between you and all your friends is easy and cheap. You can also easily rent cars through an app called Hyre. Which allows you to pick up cars in the city as easily you could pick up a rental bike. 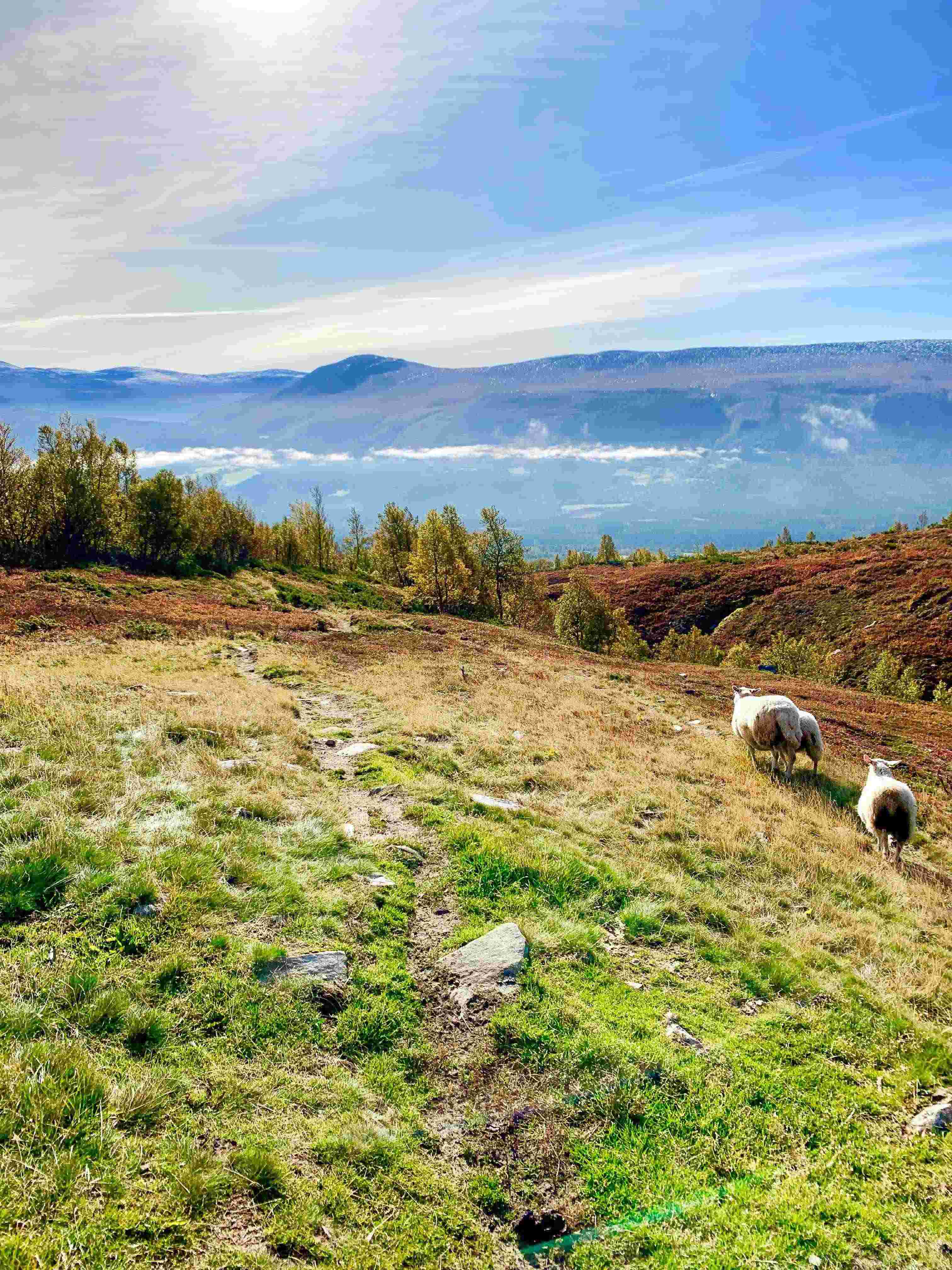 There is truly nothing stopping you from exploring all that Norway has to offer.

Norway’s calling. I answered, and now it’s your turn. See you soon in the Great White North!

Deciding to study abroad can be a pretty heavy step to many of us. In particular because you are get...
Life in Norway

STREET ART IN OSLO – THE ONLY CERTAINTY IS CHANGE

During the last months of my business bachelor in Amsterdam, I was already dreaming about moving to ...
Life in Norway

Are you a true art lover? Maybe you adore beauty? Or maybe you like strange and nice pictures on Ins...
Life in Norway

When it comes to nature, Oslo has a little bit of everything for everyone; from the mountains to the...