BI's environmental work on the campuses

BI takes environmental responsibility in all parts of our business. This means that we think about the environment e.g. when we build/upgrade our campuses or buy goods and services. In general, we seek to extend the life cycle of goods by thinking circularly. Thus we also challenge our suppliers and partners on contributing to the environment and climate.

Climate and environmental focus in our operations

BI aims to contribute to and develop a sustainable society through our teaching and research, as well as our own operations. BI's most important climate and environmental target is to support the 1.5 degree target by 2030. In order to achieve this, BI has ambition to: 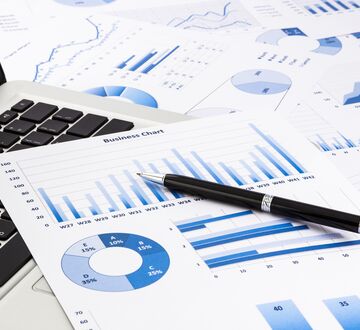 Every year BI is implementing a climate audit and a climate report to measure our progress. BI works together with companies who maintain sustainability practices to all our campuses. 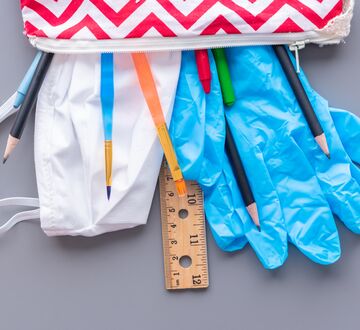 The pandemic influenced greatly on our emissions in 2020, and new ways of teaching and working will continue to change our footprint in the years to come. 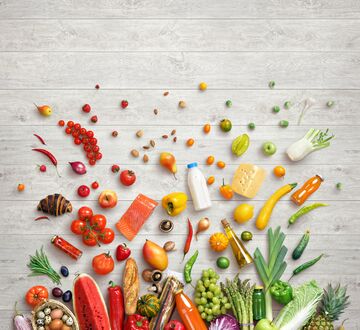 All our campuses offer healthy, nutritious, and short-travelled food for our students and employees. 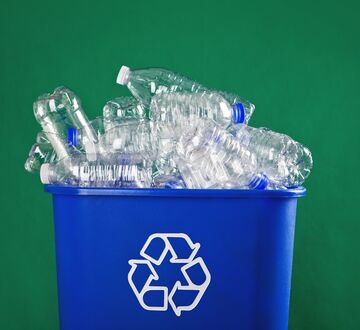 BI has set an ambitious goal to contribute to material recycling. To do so BI work closely with our suppliers and has entered into partnership with Grønt Punkt in Norway. 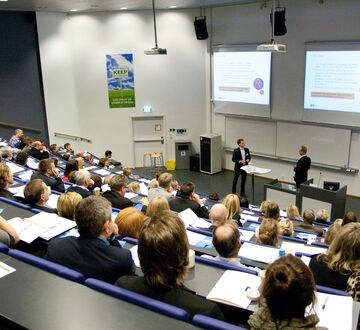 All our campuses is also certified for Green Conferences, and BI has established itself as one of the biggest actors within the field of sustainable events in Norway. 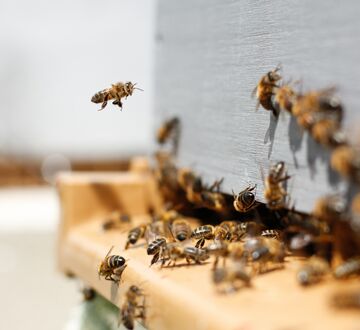 We have taken an active role in contributing to biodiversity by having beehives on the roof of Campus Oslo. 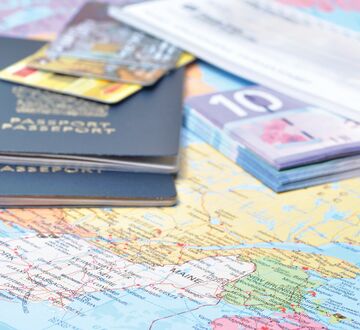 The digitalisation revolution caused by the pandemic will change our travel- and commuting patterns in the years to come. 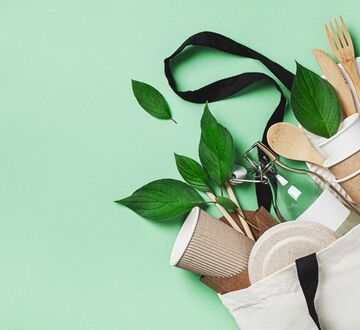 BI have decided to reduce the use of unnecessary plastic and disposable packaging by 2022 and to increase material recycling from our campuses to 65 % by the end of 2022. 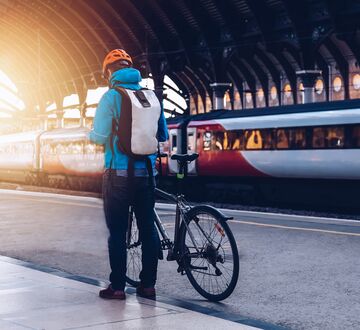 All BIs campuses are located with good access to public transport and have in addition good facilities for cycle parking. 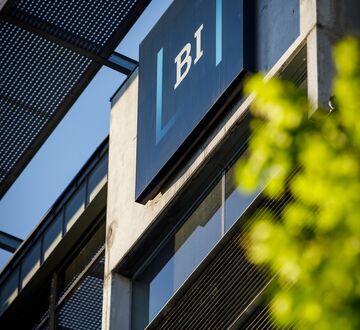 BI is occupied with making conscious choices when purchasing goods and services, especially regarding the environment. It is important to make sure that BI’s buyers incorporate a circular mindset when procuring. Environmental certification is required for all suppliers.

In 2021, BI committed itself to the UN's 1.5 degree target. We want to take an active role in the work to reduce the world's greenhouse gas emissions. Based on a projection analysis in line with the principles in Science Based Targets, we have found that BI must cut 50 % of the school’s greenhouse gas emissions by 2030, compared to 2017, in order to deliver on the 1.5 degree target. This means implementing major changes in our activities and habits. Here are some of the most important measures:

Here are some of the most important changes we will make:

Eco-Lighthouse is a certification that helps private and public companies to be environmentally friendly and profitable at the same time. All BI’s campuses and operations have been Eco-Lighthouse certified since 2010. This implies working systematically to improve our environmental performance in areas such as working environment, waste management, energy use, procurement and transportation.

The Eco-Lighthouse certification is Norway's most widely used certificate for businesses that wish to document their environmental efforts and show corporate social responsibility. All students and employees at BI are obliged to follow the procedures of the Eco-Lighthouse, e.g. the waste management plan and the travel policy.

BI welcomes input from students, employees, suppliers, the public or other stakeholders on how we can improve our environmental work in operations. If you have any input, we encourage you to get in touch with Greta Koch, who is responsible for the Eco-Lighthouse: greta.koch@bi.no

You can read more about our Eco-Lighthouse work down below:

BI makes annual climate accounts for the four campuses in order to map our own greenhouse gas emissions and measure our progress. The work on sustainability in our own organization was strongly affected by the pandemic in both 2020 and 2021, with extensive use of home offices, digital meetings and teaching, partially closed campuses and almost no travel activities. The digitization revolution that came as a result of the pandemic is expected to change our travel and commuting habits in the years to come.

BI's four largest emission sources are from energy, food and drink, commuting and travel (84 % in 2021).

We are proud to announce that long-term work with environmental measures at BI is yielding results; the reduction in CO2 emissions from 2017 to 2021 is 66 %.