A social science with something to say?

A social science with something to say?

BI´s Institute for Communication and Culture has the pleasure of welcoming you to a seminar that will provoke and inspire us to take a closer look at the (lack of) meaning and usefulness of contemporary social research. Internationally acclaimed professors Ann Cunliffe and Mats Alvesson will share their critique of today´s current state of affairs and thoughts on how we may return to meaning (Alvesson) and develop more socially useful knowledge (Cunliffe) that may help resolve important social and organizational problems and issues. 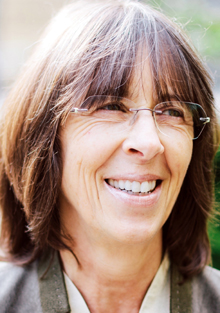 Ann Cunliffe believes that one way of changing social and organizational life for the better, is through both ‘internal critique’ and ‘external critique’ (Cunliffe, 2014). So, in her research and teaching she invites us to engage in self-reflexivity (questioning our own assumptions and actions), critical-reflexivity (questioning the assumptions underpinning policies and practices) and their impact on research, education and managing organisations. She is also interested in exploring different forms of knowledge (knowing-from-within), impact (impact in rather than impact on), ‘theorising’, and writing.

Ann has published extensively on the topics of reflexivity (for researchers and managers), leadership, and management and among her many publications is the bestselling book A Very Short, Fairly Interesting and Reasonably Cheap Book about Management (Cunliffe, 2014). She has spent over 20 years working in institutions in the USA, holding positions at the University of New Mexico, California State University, the University of New Hampshire, and in the UK at the Universities of Leeds and Bradford. She is currently Professor of Organisation Studies at Fundação Getúlio Vargas, Brazil and is a hugely sought-after speaker, presenting seminars and keynotes in Europe, Australasia and North America.

Mats Alvesson argues in his recently published book Return to meaning (Alvesson et al., 2017) that we are currently witnessing not merely a decline in the quality of social science research, but the proliferation of meaningless research, of no value to society, and modest value to its authors - apart from securing employment and promotion. The explosion of published outputs, at least in social science, creates a noisy, cluttered environment which makes meaningful research difficult, as different voices compete to capture the limelight even briefly. Older, more significant contributions are easily neglected, as the premium is to write and publish, not read and learn. The result is a widespread cynicism among academics on the value of academic research, sometimes including their own. This problem is far from 'academic'. It affects many areas of social and political life entailing extensive waste of resources and inflated student fees as well as costs to tax-payers. Mats will present critique from his book and offer a range of ideas aimed at restoring meaning at the heart of social research.

Mats holds a chair in the Business Administration department at Lund University in Sweden and is part-time professor at University of Queensland Business School. Mats is one of the most distinguished social scientists in Europe and the world, globally recognised for this thought leadership. His originality and influence are closely related to his innovative embrace and practice of multidisciplinarity, which has made him a leading scholar at the crossroads of leadership studies, organisation communication, knowledge work studies, organisation culture and identity and gender. He is most known for being an originator of Critical Management Studies, and his work on research methodology and theory building.