Arjo Klamer will be visiting BI from Erasmus University Rotterdam, and will present some of his current research and thinking.

Arjo will introduce and elaborate on the value based approach, as a way to capture phenomena that escape the more traditional treatments. Think of the emergence of phenomena like Google, the circular economy, platforms, populist movements, discomfort with Economic measures like GDP. Is another economy calling for another economics? 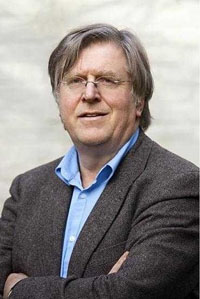 Arjo Klamer is professor of Economics of Art and Culture at Erasmus University in Rotterdam and holds the world’s only chair in the field of cultural economics. His most recent book: 'Doing the Right Thing' introduces a value-based approach to the economy. The value based-approach redefines economics as the science that studies the realization of values, introduces the notion of shared goods, and a model of five spheres for the valorization of values. Arjo has written extensively on value in art and culture, gives workshops all over the world on cultural economics, and is politically active in his home country, the Netherlands.

You are warmly invited to join the presentation and discussion.