A high demand for BI graduates

Read more about the case  in DN: Three reasons why it pays to take a masters (Norwegian).

- Our ambition is that graduates from BI will be first in line for the best jobs, both nationally and internationally. To do this, BI have studies and programmes favoured by the best students from home and abroad. After the all-time record figures last autumn, it is gratifying to see that the demand for our students remains stable and high, says president of BI, Inge Jan Henjesand. 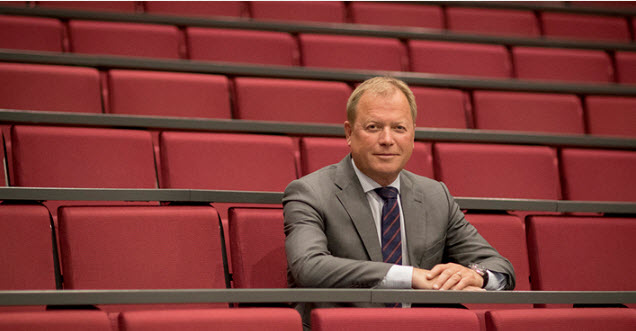 - We see that businesses have requested fresh expertise, particularly within this challenging time in Norwegian economy. It is important that educational choices are made independent of business cycles. A master's degree takes five years to complete. In addition to the knowledge of the traditional business school subjects, our graduates are therefore equipped with skills, values ​​and attitudes to adapt to the labour market changing, continued Henjesand. Results for bachelor students were also stable, with eight out of ten finding a job within six months. In addition wages were also stable, with an increase of 0.5 percent in bonuses and other additional benefits.

- In the future labour market, it will no longer be enough with basic subjects and extensive experience neither for economists or for other educational programmes. Continuing education must be the rule rather than the exception.

Henjesand points out that students and graduates need to, among other abilities, be able to work "in an international context" whether they want to work in Norway or abroad. - At the same time, it is essential to be technologically up to date. Digital literacy represents a considerable competitive dimension in today's job market.

When asked about the choice between taking a bachelor's or master's degree, Henjesand emphasize the importance of individual ambition: - I believe this largely depends on the level of ambition people have. If you want to compete for a job with the very best, you should have qualifications that make you abilities which enable you to do that. In a more knowledge-intensive labour market, it is difficult to recommend anyone to not take a master's degree. Education in general, and master programmes in particular, are important investments into one's own future.

Meanwhile, it will for some jobs be important to have a academic foundation that can be combined with practice and experience along the way. For some it is most appropriate to take a bachelor's degree, for others a master's degree. Some also want to take a break in studies to work a few years between the degrees to get some experience. There is no definitive answer on what is right. It depends on the motivation of the individual.