- If I'm the smartest one in the room, I'm in the wrong room

Ever since he was little, he wanted to be the best in what he was doing. He always took challenges in his stride and spent more time outside of his comfort zone than in it.

Today he works in the communications department of Siemens Norway. In August a new chapter of his adventure begings at Gambit Hill+Knowlton Strategies. 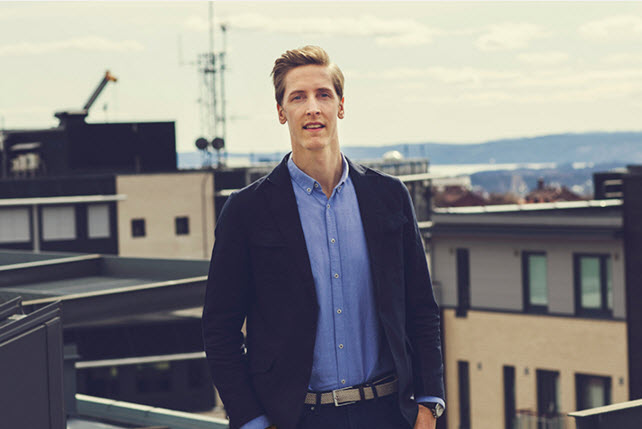 Martin Hoff Pedersen (24) went from being active as both a footballer, skaterboarder and gymnast to becoming a top student with a unique experience. During his studies, he was named by Kommunikasjonsforeningen as student of the month, as well as 'Volunteer of the year' and 'Second year student of the year' for his course. Little did the 24-year-old from Oppland know that it would take him only three and a half years after the start of his studies was to seize his dream job.

Quest for something more

Martin grew up in Gjøvik as one of three children. He was perceived as an active person who had a role in many different sports. His quest to constantly be challenged has characterised him since his early teens.

- My coach wanted me to move to Oslo to become champion in gymnastics when I was 12 years old. He asked my parents if they would move to the capital to let me develop myself in the sport. Naturally they refused, which was fine by me, he grins.

Ever since his first class at BI, Martin had a clear goal. He would work for one of the big PR agencies, Geelmuyden Kiese or Gambit Hill+Knowlton Strategies. During his time on campus, he went from being a typical student to being a top structured student with countless balls in the air.
- I wanted top grades straight away but soon realised that I didn't have the right approach to writing academically. So I began to engage myself. First in my programme's board, then in KommCase, later on as class representative and finally as part of SBIO management. I realised very quickly that if I was to develop myself and feel confident when I entered the labour market, while having a good study experience at the same time, then I would have to go into what I call my "learning zone".

The learning zone is the zone beyond the comfort zone. Through doing this, Martin gained the best results. In retrospect, he sees that it is the various positions he has held in the student union that has given him a unique and valuable experience he would never gained otherwise.

The dream that became reality

Autumn 2015 was the start of a new adventure for Martin. Just three and a half years after he started at BI, his dream to join one of the largest communication agencies became a reality. - I was called to a first interview with Gambit, and was extremely nervous. I did prepare well and had a clear plan in my head for what I would say. Unfortunately I didn't progress further in the process, but I did not take it as a disappointment. I was proud that I was called for an interview in the first place.

At one point he had up to 40 applications for different companies in Norway, and is probably the only graduate who literally planted a foot on the table during a job interview with Geelmuyden Kiese. At his busiest moment during this time he had four different interviews and case presentations on a weeknight. Then Gambit called again.

- Gambit had gone through all the applications again and they wanted to have a second interview with me and another candidate. As there had been a three-digit number of applications, I realised that I really had to prove why I should be chosen ahead of competent master students. I therefore went to the BI Careers Service and sought advice on how to present myself and bring out my qualities as a recent graduate.He felt the second interview went very well and was asked to a third time interview. Here he was challenged on both writing and presentation skills, a case solution and a stress test.

- I was called on Christmas Eve, and told that I had gotten the job. I was completely in shock. Unable to say anything. I had managed to reach my goal two years earlier than I had planned. It's the best Christmas present I've ever gotten. An indescribable feeling. class="imageWrapper" style="width: 646px;"> 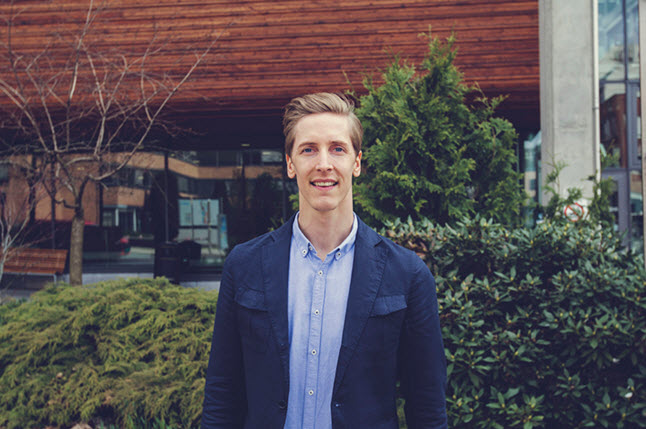 - In five years I will have your job

When asked what it takes to succeed in the communications industry, Martin responded that one must be versatile, not to mention adaptable.

- You get to work with so many different clients and personalities. You must constantly be motivated to go the extra mile, work overtime hours and deliver excellent results. In addition, you must have a extraordinary motivation and know exactly what you want and where you want to be. I told the person who interviewed me at Gambit that in about five to seven years I would have their job. I was also very honest in that I didn't have something to pinpoint me as a world champion since I was a recent graduate. I think this is something many students can relate to. If you have recently graduated, even with some unique professional experience, it is completely different when you actually start work.

He describes the industry as an industry that is continuously evolving, and an industry where you have to adapt to the situation in society and market forces. He also says that it is a challenging industry due to high competition. - It requires a lot of work, and you need to be both creative and strategic in mindset. In addition, one must have a desire to work in an agency to succeed. It's challenging, but at the same time it is where you learn the most, at least for the learning curve. It is important to have a hunger to learn. I always think that if I'm the smartest in the room, I'm in the wrong room, he concludes.