Top students Nikolai Hermann Skeie Wiencke (22) and Kristian Erichsen (22) will both attend Cass Business School next year, and with an invitation from London. 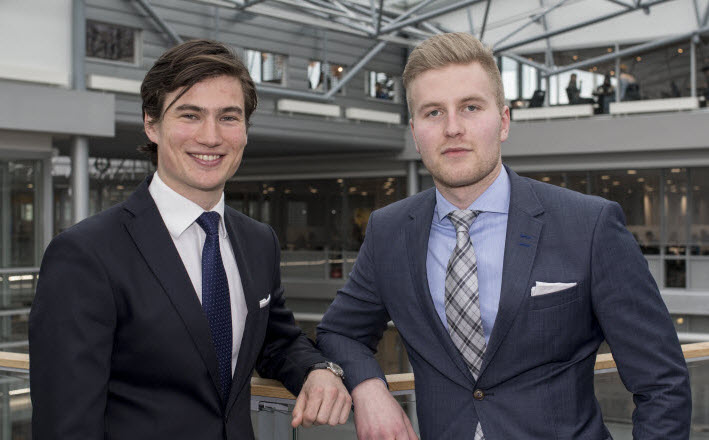 Great Prestige
The City of London Bridge Ward Club scholarship is a scholarship awarded annually to BI students since 2002. The scholarship involves a financial contribution, in addition to two internships with companies in London.

- It comes with great prestige to receive the scholarship, stressed Mr. Geoffrey Bond who awarded the scholarship to Nikolai Wiencke on behalf of The City of London Bridge Ward Club.

Mr. Bond also mentioned that they want to strengthen relations between BI and London, and are therefore sponsoring a British student from London who wants to take a master's degree at BI in the future.

First in Norway  - I hope you have a very good experience, he said in Norwegian to the recipient Kristian Erichsen. 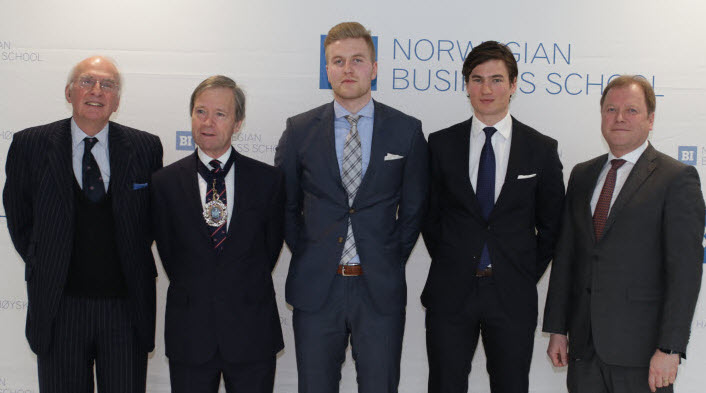 Erichsen received a stipend of 7600 British pounds, or nearly 90 000 kroner and, in addition, both students are invited to events with The Lord Mayor and Mr. Bond in London.   - I am incredibly happy, and it makes it no less fun that I am the first Norwegian to receive the scholarship, says Erichsen.   The two scholarships were awarded in a ceremony with The Lord Mayor of London, Mr. Geoffrey Bond, the British ambassador, the President of BI and representatives from BI, including large number of the the BI management.