Magnus was an ordinary student in high school, while today he is aiming for a job in one of the world's toughest industries; London’s financial industry. - I think a lot about being efficient, being purposeful and having good routines.

Read more on DN.no (behind paywall) or in Dagens Næringsliv from Friday 22. april. (Both in Norwegian).

Magnus Volden is a typical star student. In four years, he has taken two bachelor degrees – first a degree in finance last year and now he will finish a degree in accounting and auditing this summer. His grades are at the highest level and alongside his studies, he has both worked part-time and been involved in several student organisations. This autumn he will begin studying at the prestigious Master of Finance at Imperial College London. What makes Magnus rather special is that he has not always been this way.

- In high school I was not particularly clever. I had an average of 3.6. 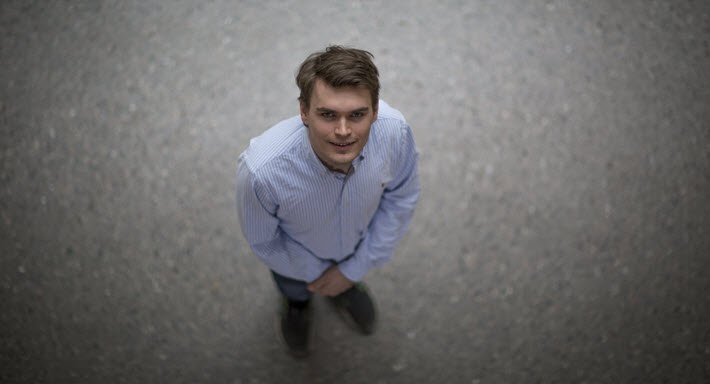 Right after high school, Magnus began a bachelor's degree in finance at BI’s campus in Oslo. After the first year he did so well in all subjects that he glimpsed the possibility of taking on even bigger challenges. He thought it would be an advantage to learn more about accounting, when his dream was to work in finance, and so decided to take a bachelor's degree in accounting and auditing as well.

- You don’t need to have best average grades in high school to do well later in life. The important thing is to find something you really are interested in.

To have access to lectures in the different subjects, Magnus first had to take a bachelor in accounting and auditing as an Executive student (postgraduate online).

- At one time, I had eleven exams in one semester, he smiles.

Yet the super student claims that he does not spend an unusual amount of time in school.

- People often ask me if I have to live at school, but it's just about being productive. I'm typically at school from nine to five. One must use time to understand the subjects, and it’s important to take some time off. It is undervalued.

The aspiring student’s dream for the future is to complete a master's degree in finance before gaining a job in the finance industry in London.

- I really want to work in consulting or investment banking, and perhaps preferably in private equity, but it's pretty difficult to get that first job. 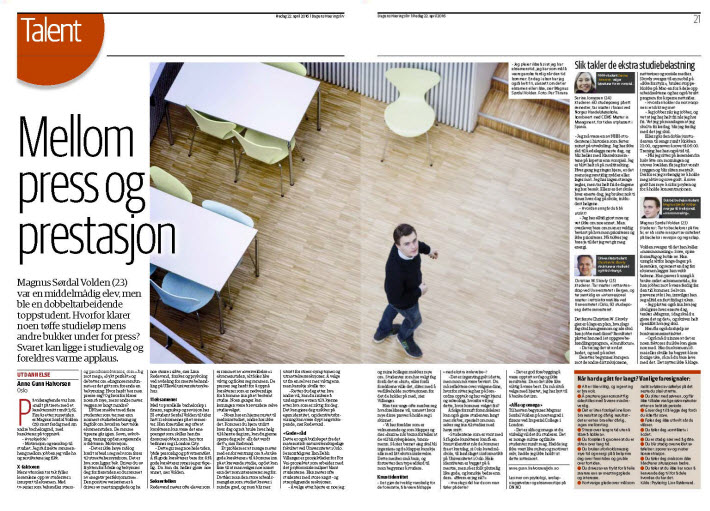