Meet the student who will get "A Flying Start" in Norway and at BI Norwegian Business School. 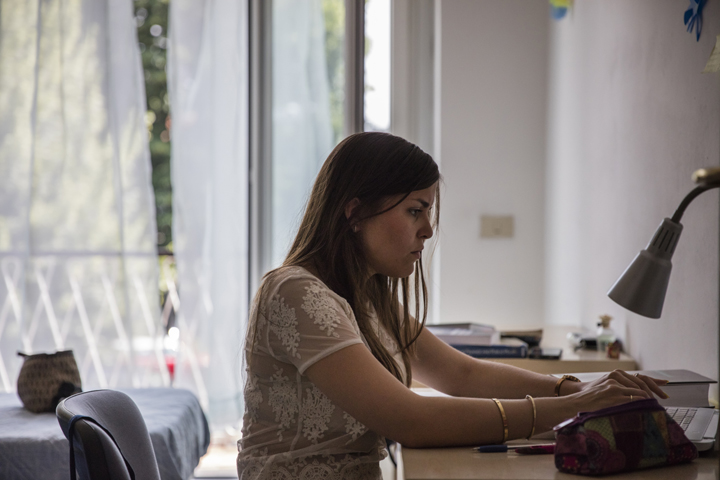 Emma Rebeca Pinto Guzman was brought into the world in Mexico, by her Cuban parents. The fact that 21 years later she would become one of Norway's most famous students is no coincidence.

Emma has just completed her Bachelor's degree at the prestigious Bocconi University in Milan, where she delivered a solid academic performance. At the university, which is also one of BI's partner schools, she has been active in the student union during her studies. With great drive and initiative, the 21-year-old started a student association that focuses on better integration of international students at the Italian university.

This was one of the factors that helped Emma to get a dream start in Norway's capital city.

– Because of her solid academic performance and international profile, we chose Emma. She has already lived in several countries and has made a conscious effort to get international experience. She also has a plan for how she wants to use this experience in her career, says Head of Marketing for Full-time programmes Arne Wellberg about the winner.

In addition to pre-introducing Emma to everyone, BI wishes to position itself as an attractive choice for top international students like Emma, and it seems like the campaign has been a big step in the right direction.

The video for "A Flying Start" has been viewed over two million times, in two hundred different countries, and BI has received three thousand applications from hopeful, prospective students wanting to be chosen as «Your name».

– It is not just the international students who have been noticing the campaign, says Audrey Paton, BI's International Alumni Relations Manager. When awarding the prestigious CASE Circle of Excellence 2016 awards, BI won Grand Gold in the category for the best long recruitment video, beating candidates such as Stanford University. The CASE judges were unanimous in how impressed they were with "A Flying Start" and couldn't resist giving it a Grand Gold. It was masterfully executed; it was bold, beautifully scripted and acted". The Grand Gold was awarded to only 17 out of 3356 submissions, Audrey proudly states 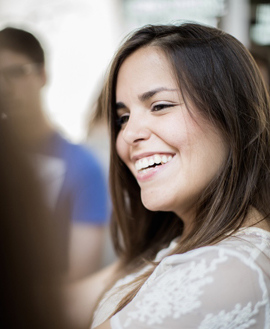 Emma dreams of working in a multinational company after graduating, and her application to BI Nowegian Business School was part of her well thought through plan. After three years in southern Europe, the ambitious student sought new challenges and a new country. For Emma, it all came down to BI for several reasons: one of them was knowing the differences between southern Europe and Scandinavia would give her new, important cultural insight and experience in pursuing her dream career.

- It is great that Emma has noticed our wide selection of programmes for international students and BI's work to integrate them with our Norwegian students. BI continuously works on integrating international students to give them an authentic experience of the Norwegian lifestyle and culture, and we are sure Emma will appreciate this. We do our absolute utmost to ensure that Emma, and everyone else starting at BI this year, will be getting an excellent start to their studies, Wellberg says.

It is safe to say that when the 21-year-old Mexican walks through the campus doors in the autumn to embark on a Master's in Business with a major in Strategy, she is in a slightly different position than most other Norwegian and international students.

Go talk to her - She speaks four languages

During the summer, she will become a well-known face to her fellow students and to the employees at BI through a series of short videos to introduce everyone to Emma before she even sets foot on Norwegian soil.

Emma will barely have time to get her feet on the ground before things start to get busy. From the time of her arrival at Oslo Airport Gardermoen, and throughout her first few weeks as a student at BI, Emma will be sharing her experiences in her new city and her new school through photos and videos.

To those of us on the more shy end of the spectrum, this might sound like plenty - but not to Emma, who has been promised a rather unusually prominent pre-introduction at her new school.

When school starts in August, things will be getting even crazier. Emma will be met by a huge banner of herself covering the front of the campus building in Oslo, she will also get a documentary on TV, outdoor posters all over Oslo, an article in the Norwegian Financial paper "Finansavisen" and a feature article in a magazine.

If you think that is all, you are wrong.

In other words, everything is all set and ready for Emma to get a flying start to her studies at BI and in her new home in Oslo.

If you want to stay updated on Emma's experience through her own social media channels, she will be happy to accept your requests. You can find her on Instagram as emmarebecapinto and on Snapchat as rebepinto.

And should you spot Emma in Oslo this autumn, go talk to her! She speaks four languages and is looking forward to meeting you all!