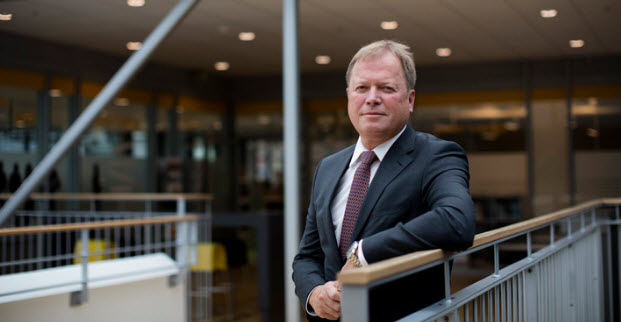 - The restructuring ahead will challenge experience-based knowledge. We need to systematically and continuously update ourselves professionally, and maybe even retraining of the Norwegian workforce. If Norway is to succeed in the increasingly knowledge-intensive international competition arena, then executive education must be the rule rather than the exception, says BI President, Inge Jan Henjesand.
BI's labour market survey for 2016 shows that at the end of studies six out of ten graduates advanced to a new position and received higher wages. 43 percent have an increased annual income of over 61,000 kroner. The survey also shows that most people who take executive education alongside their job, have their studies paid for by their employer. The figures show that a total of 9.3 percent shared the cost with an employer, 14.4 percent funded their programme through support from Lånekassen, while 17.3 percent fully financed their studies themselves.

Former chief investigator at Kripos Jarl Ausland, fully self-funded his Executive Master of Management at BI and advanced to a new position afterf completing the programme.
- The idea of executive education came in summer 2011, when I was sitting with the investigation management team after the terrorist attack. I saw how hard it was to lead a large and complex investigation under extreme time pressure.. I realised that experience alone would not be sufficient, he told Finansavisen.
The programme led him to choose to quit the police force after 12 years and started working as a consultant in corporate auditing at DNB, primarily with the investigation of fraud.
- I started the master's degree with a single focus: to be a better chief investigator. I had not imagined that I would end up here, said Ausland to Finansavisen.
For most, a new position also means a higher salary. After completing an executive education programme, 61 percent of graduates adcanced to a new position, of which 47 percent were at a more senior position that before. The survey shows that 60 percent have increased annual income, and 43 percent have increased income by over 61,000 kroner after completing their programme.

The labour market survey shows that over 70 percent of those who have taken execxutive education at BI now work for the same employer as when they started, but often in a new position. Henjesand believes that executive education benefits the business community as a whole, regardless of whether it results in a position change or not.
- Combining a career and part-time programmes provides a unique opportunity for companies to put knowledge into practice. With executive education, employees can give businesses an added value in the form of replenishment of professionally-relevant knowledge, says Henjesand.
Nine out of ten of the 2015 graduates believe that their career opportunities are strengthened as a result of executive education. Meanwhile, more than 60 percent reported that a potential position jump was the main reason for choosing executive education.
- In 2016, executive education should not just be considered "an advantage" but rather a necessity for both employees and employers, regardless of job level, says Henjesand.