Odd Gisholt was on the top of his game when he invited to a seminar with debate on his own 70th birthday on Tuesday. 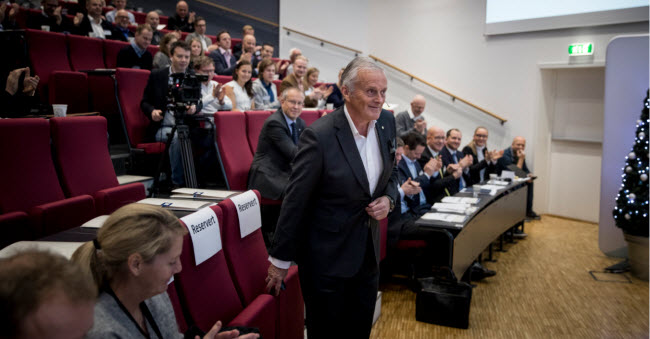 The seminar Retail 2026 gathered some of the industry's heavyweights at BI to honour the celebrant.

Industry People, colleagues and students filled "Gerson" to the brink at the invitation of the celebrant himself and the Department of Accounting, Auditing and Finance. Odd Gisholt led the debate starting with 20 hypotheses about what he believes retail industry will look like in 2026. The panels consisted of executives and senior managers from the grocery and retail sector in general, many of them alumni.

- This was the essence of "retail Norway 'call gathered in the one room, it was incredibly fun, Odd, said a after a few days when he recovered from the celebrations. It was a very good day, with a seminar, nice celebration at the institute and fifty guests at home that evening, he said.

Odd Gisholt is the one who brought retail as a subject to BI. In the late 90s, Odd was principal at Norway’s Trade School. After some constructive talks with another BI veteran, Jens Petter Tøndel, they agreed that retail trade had potential as part of a business school. And so it was.

Since then the industry has grown and become more professional, and the study had similar development. It is today called the Bachelor in Retail Management, and last fall over 150 new students started this programme at BI in Oslo and Bergen.

- Retail has been an important part of BI’s development and success until today, Rector Inge Jan Henjesand said. In his speech during the opening of the seminar he emphasized the importance of our studies being relevant to what is happening in the industry. - There are few others who can gather such a group of people that we met at Tuesday's seminar. These heavyweights come because Odd has built networks and relationships over many years, the President said.

- Retail is important; it is a big industry and a growing discipline. We saw this when we named the seminar, "Retail 2026" - the key people in the industry signed up and came, Odd said, adding that this bodes well for the career opportunities for today's students. 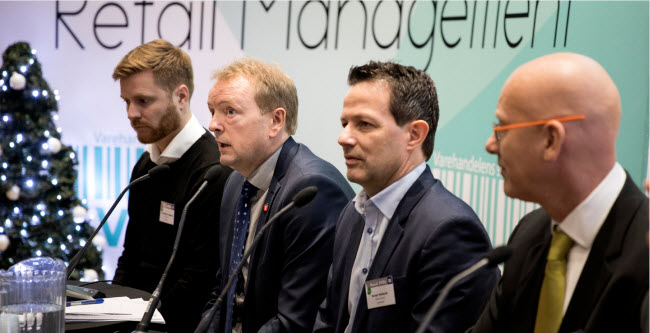 - I think the retail subject has a brilliant future; it is an industry with many employees and, consequently, many people coming and going. There is great demand for academically strong candidates in the retail sector, Odd said and continued to say that industry people constantly make contact and register as guest speakers because they wish to meet the students.

And speaking of people coming and going, as Odd Gisholt rounds seven decades, he is officially, on paper, also retiring. The baton has been given to others, but the very popular lecturer will be seen in the classroom in the future as well. I was tricked into signing a lecturer contract the same day, so I'm going to teach some of the retail classes next year. It’s not like I am old! Odd (70) concluded.