I am very proud of all the talented women at BI. Today, 8 March, we celebrate Women's Day! 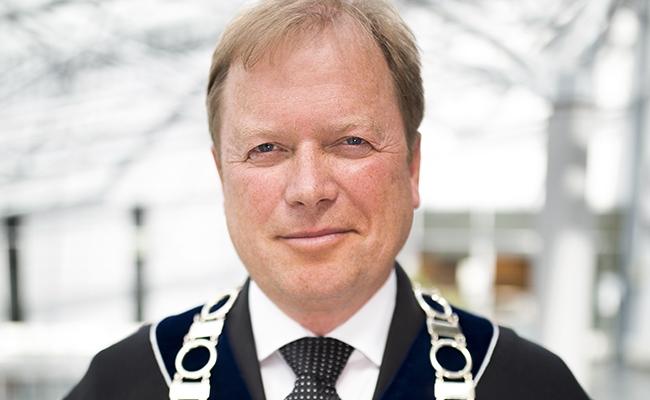 Today there are more women than men who complete higher education in Norway. It's good, but the academic authority they encounter in the classroom is still usually a man. It need not be so.

I think it's important that we get more women among the BI faculty. That more of our students encounter a female professor in the classroom, more people get a female academic supervisor. That more of our employees have a female boss. This is about more than equality, rights and principles. It's about what makes BI a better school. I believe that a higher proportion of women in leadership roles and academic positions makes BI a better institution for education.

I am very proud of our ladies. We have many good role models among our female employees. We have women who assert themselves in typically male-dominated disciplines, it is no small feat. We have female staff, students and alumni who distinguish themselves because they are highly skilled. It is the quality that speaks for itself.

In 2007, BI defined goals and an action plan for gender equality as part of the work on diversity and equality. The main goal for BI is that all employees should have the same rights, obligations and opportunities regardless of sex, age or national / ethnic origin. Focus on diversity will help us to develop our organization in a positive way, eg in that we attract the best expertise. The proportion of women and international representation among faculty is also key performance parameters in different rankings and accreditations.

Since 2007, BI has had a particular focus on increasing the proportion of female professors, directors, and women in management and governing bodies. Means such as qualification scholarships for women, support for networking, support for rhetoric training and research communication, participation in development programmes and changes in election regulations have contributed to the fact that BI now has fulfilled the objectives that were set in 2007. The most important thing, however, is to keep the focus on gender equality in our everyday processes and systematically measure and monitor the key figures.

We had 7 women professors in 2007, today – almost a fourfold increase!

I look forward to welcoming many new women to BI in the years ahead!

;
You can also see all news here.
This site is expired